This time 10 missing and 5 injured. What do I think?

The USS Fitzgerald collision on June 17th killed seven Sailors. ISO 9001 and the COTS program are the root cause of the lack of Military Quality Assurance In Building Navy Ships today. The two ships had radar failure and could not sustain the impact in the crashes due to a lack of strength in materials.

The Cause of Poor Quality is traced to COTS!

The Commercial Off The Shelf (COTS) program NAVSE INSTRUCTION 9083.1 Purpose was “to establish policy for expanding the use and managing the risk of COTS products” in accordance with:

In the U.S. during the 1980s and early 1990s, it was argued that the large number of standards, nearly 30,000 by 1990, imposed unnecessary restrictions, increased cost to contractors (and hence the DOD, since the costs, in the end, pass along to the customer), and impeded the incorporation of the latest technology.

Responding to increasing criticism, Secretary of Defense William Perry issued a memorandum in 1994 that prohibited the use of most defense standards without a waiver. This has become known as the “Perry memo”.

In 1994 he issued a memorandum the prohibited the use of most defense standards without a waiver. It removed defense standards like the military Mil Q 9858 Quality Program Requirement and Mil I 45208 (contractors) Inspection System Requirements. In their place, the DOD encouraged the use of industry standards, such as ISO 9000 series for quality assurance (see COTS below) SAE standards such as the AS and AMS series (e.g., AS9100, AMS 2404), and others.

The COTS program along with closing many NAVY Shipyards contributed to altering military ship design & development, construction, repair and overhaul which in turn became a way to encourage cost savings to accomplish; How Cheap Can We Build This Navy Ship?

Military Standards and Specifications were originally designed for strength in battle; repair at sea, the safety of the crew, and damage control at sea. Sadly, the standards have been lowered for cost savings rather than safety. 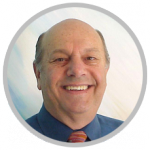 Joseph Sorrentino USN Retired, a specialist in Quality Assurance and Non-Destructive testing for over 40 years. For the past 18 years Mr. Sorrentino has been President/CEO of Lean Quality Systems, a consulting firm that trains, audits and implements Quality Management Systems.